The success of a booming video game industry, expected to generate $137.9bn in revenue this year, is music to the ears for bands, musicians, record labels and composers 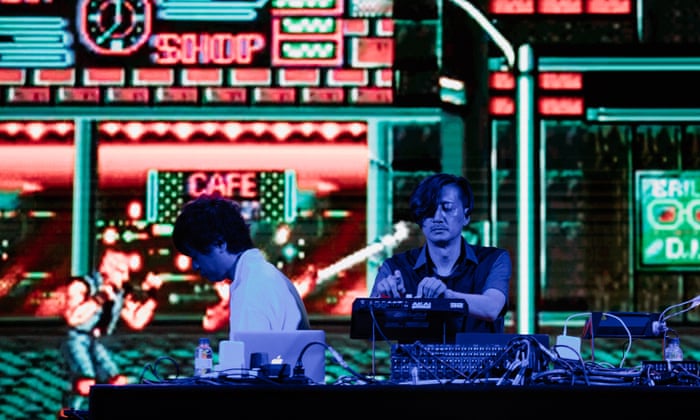 Video games have not only helped the music industry survive, but thrive on entirely new levels,” Steve Schnur tells me. As the worldwide executive and president of music at game publisher EA, his team – many of whom have been professional musicians and singer/songwriters – work with some of the biggest music acts in the world, licensing music for video game series like Fifa, Madden NFL, Need for Speed and NHL.

Since the 90s, when licensed music became prevalent in games, series such as Tony Hawk’s Pro Skater, Grand Theft Auto and Wipeout have become just as well-known for their soundtracks as they are for their gameplay. For millions of people, video games have been a way to discover new favourite bands or dive into other musical genres. And because people discover this music while playing a game they love, they develop a strong emotional attachment to it.

Video games are now an essential part of marketing plans for musicians and managers. The Fifa soundtracks, for instance, are viewed as one of the foremost annual showcases for international artists today.

“We often begin working on a soundtrack almost a year in advance, trying to identify new music we believe will define the sound of the coming season,” Schnur says. “We knew that video games could become what MTV and commercial radio had once been in the 80s and 90s. Any given song in Fifa 19 – whether it’s a new track by an established act or the debut of an unknown artist – will be heard around the world nearly 1bn times. Clearly, no medium in the history of recorded music can deliver such massive and instantaneous global exposure.”

While streaming is credited for helping to save the music industry from its stranglehold of illegal downloads and piracy, video games were helping it survive through the dark times of the late 00s. The Aerosmith-themed version of Guitar Hero made the band more money than any of their albums.

The heyday of music games like Guitar Hero has passed, but now games integrate with services like Spotify. Beat Fever is a mobile game helping to generate better engagement between players and musicians: players tap along to their favourite music and are then invited to stream the tracks in full on platforms like Spotify and Apple Music. When Steve Aoki’s track Azukita was featured in the game for two weeks, its streams increased by 2.3m. Acrobatic remote-control-car football game Rocket League, meanwhile, surpassed 40 million players at the start of this year and regularly adds new music to its tracklist, letting players click through to listen on Spotify outside the game.

Music originally composed for games also has a lively presence outside of them. Nick Dwyer is the host of Red Bull’s Diggin’ in the Carts series, a video and radio show exploring the history of video game music. He’s just returned home from Sónar festival with Yuzo Koshiro and Motohiro Kawashima, two video game composers responsible for the music in the Streets of Rage video games, first released in 1991. Now they’re playing it live, exactly as it sounded on the Sega Mega Drive, to audiences of over 5,000 people.

“It was unreal. It was incredible to see a room full of adults going so, so crazy to music that had only previously existed within a video game. It was one of the greatest thrills of my life,” says Dwyer.

Koshiro and Kawashima play at some of the greatest nightclubs in the world, with recent performances including Fabric in London and Liquid Room in Tokyo. When they finish, they don’t sign gig tickets and T-shirts; they sign game cartridges and consoles.

The Royal Philharmonic Orchestra recently performed pieces of music from Crash Bandicoot, Resident Evil and The Last of Us at the Royal Albert Hall. Similar concerts featuring music from The Legend of Zelda and Final Fantasy take place in London and across the world. For many players, these events are their first experience of a concert hall – and a demonstration of the potential of video games as a medium for composition.

“If you want a really, really interesting, jet-propelled career as a composer you probably wouldn’t go into film anymore; you would go into video games,” says Charles Hazlewood, an international conductor and advocate for the wider appreciation of orchestral music.

Many composers and musicians see video games as a new medium of expression and experimentation. Sheffield’s 65daysofstatic took on one of their most ambitious projects ever when they were approached to create the music for No Man’s Sky, a sci-fi adventure game with billions of procedurally generated planets. London trio Daughter composed the soundtrack for Life Is Strange: Before the Storm, a video game that deals with grief, destruction and the difficulties around coming of age. Their work on the soundtrack led to Daughter’s first Ivor Novello award nomination.

“There’s a huge opportunity there for songwriters and artists,” their manager, Matt Brown says. “The creative process itself was extremely refreshing and rewarding for the band.”

Video games like Streets of Rage have also helped inspire some of world’s greatest contemporary musicians and producers. Artists like Flying Lotus, Hudson Mohawke, Kode9, Dizzee Rascal and Thundercat all feature in Diggin’ in the Carts to talk about the impact video games have had on their own musical careers.

Just Blaze has produced some of the biggest rap albums in the world, with credits including Jay-Z, Eminem and Kanye West, but has also composed music for video games like NBA Street 2, Def Jam and Teenage Mutant Ninja Turtles. He regularly cites the Streets of Rage soundtracks as being some the most influential pieces of music in his life.

“When somebody has influenced you to the point where they are a part of your being, of your essence, how do you put that into words? If I met Yuzo, or any of those dudes, I wouldn’t say anything. I’d just give them a hug – and be like yo, thank you. Thank you, thank you. Thank you.”

The vinyl resurgence is also helping to create new opportunities for both video game composers and record labels. Data Discs is a record label solely dedicated to releasing video game music. Working alongside partners such as Sega, Capcom and Konami, they’ve remastered a variety of game soundtracks from their studio in London, including Streets of Rage, Shinobi, and Metal Slug. Their founder, Jamie Crook, tells me this is another way for composers to be paid for their work.

“There has been a shift where composers of indie games are retaining the rights to their music much more often, which is obviously a positive thing,” he says. “Publishers seeing that music isn’t a disposable commodity associated with the game in the background, but a valuable asset in its own right – that is satisfying.”

“I think, 10 years ago especially, making music for a video game wasn’t seen as a cool thing – but the whole perception has changed now. It’s a very creative form,” says Dwyer. “It’s seen as a new world to start diving into.”